Data Highlight: Learning About the Internet in China

China has by far the most Internet users in the world (around 720 million at the beginning of 2016). Yet many Chinese Internet users are unable to access a free and open internet. GreatFire, a project that tracks Internet censorship in China, has recorded in 2016 that of the 49,119 websites it regularly monitors, 4,455 were blocked. The three most widely used websites in the US—Google, Facebook, and YouTube—are all blocked. To understand how and why China censors content and what Chinese citizens are doing to circumvent this censorship, the Net Data Directory includes a number of databases that shed light on the Chinese Internet environment.

GreatFire monitors the degree of censorship throughout China and provides links to a number of applications and websites that allow netizens to circumvent censorship. GreatFire is most known for its work in providing data on which websites are censored in China. Below is an example of the kind of data the GreatFire provides. In addition to offering a large database of availability data on websites in China, GreatFire has a feature that allows visitors to test the availability of URLs in China. 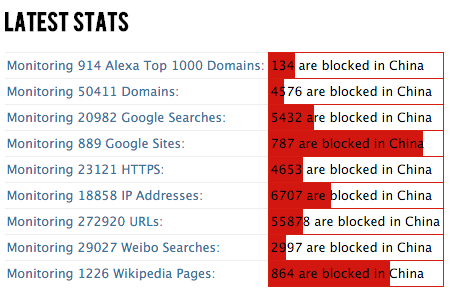 The CNNIC (China Internet Network Information Center) provides detailed quantitative and qualitative information on the nature of Internet in China. On the site you can find information about the number of broadband and mobile Internet subscribers, statistics about .cn domain registration, and annual reports that explain Internet development in China. Below is a chart from CNNIC showing the breakdown of the types of .cn registrations. 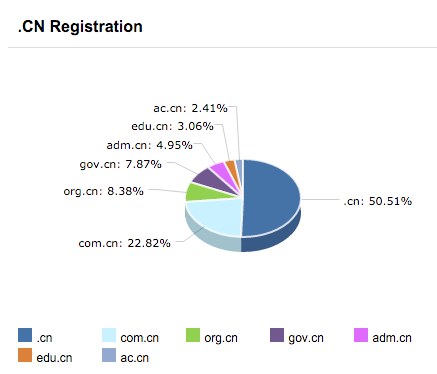 APCERT (Asia Pacific Computer Emergency Response Team) seeks to ensure Internet security in the Asia Pacific region. The network publishes yearly reports with detailed information on issues such as malware, virus, phishing, spam, DDoS, and defacement. A large portion of its work surrounds spreading information on these issues that are related to China. Below is a chart that was included in APCERT’s 2015 annual report that shows the portions of categories for incident complaints reported by CNCERT, which is a non-governmental non-profit cybersecurity technical center and the key coordination team for China’s cybersecurity emergency response community. 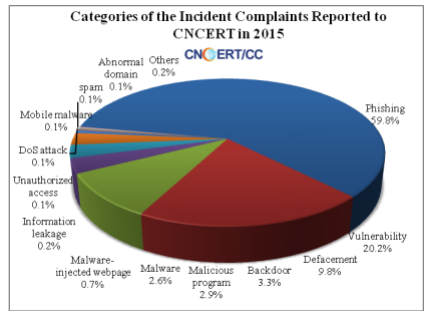 The Web Index offers profiles of Internet environments and policies in nearly 90 countries. The platform allows users to easily compare the role of the Internet in different countries’ political, social, and economic landscapes. Each country is given a rank based on its score in four categories: degree of universality of access to the Internet, relevant content, freedom and openness, and empowerment. Though many people are quick to give China one of the worst reputations for creating a hostile Internet environment, the Web Index ranks China as average in comparison to the other ranked countries. The Web Index covers 86 countries; China is ranked 44th. China arrives at this ranking because it has a relatively high ranking for economic impact (28) and universal access (36), despite its low ranking for freedom and openness (80). When you select a country, the Web Index automatically creates a bar chart that compares the country to other countries in the region, which is shown below for China. 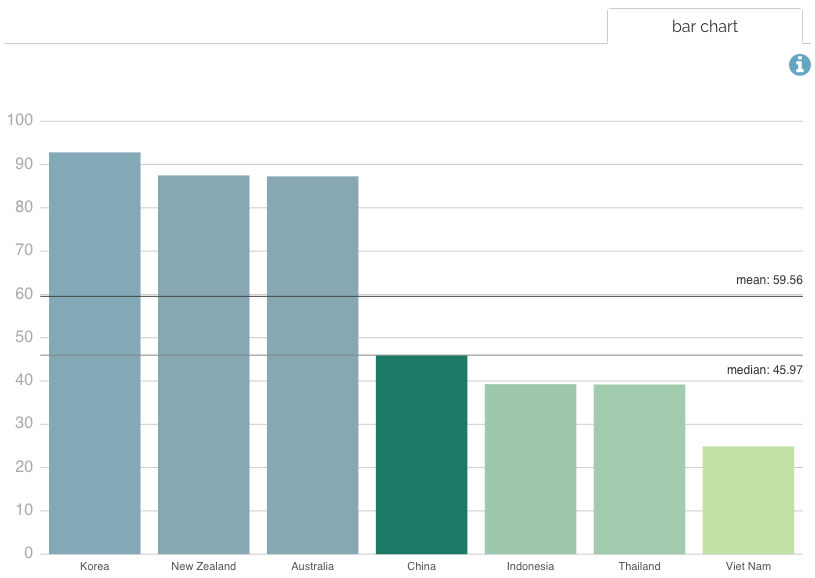